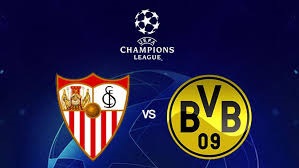 Julen Lopetegui is sweating on the fitness of no fewer than four players for Wednesday's welcome of Borussia Dortmund.

Jesus Navas, Marcos Acuna, Lucas Ocampos and Oscar Rodriguez will all be assessed.

Aleix Vidal and Karim Rekik may continue at right and left-back, respectively, while Papu Gomez, following a strong start to life with Sevilla, is set to deputise for compatriot Ocampos.

With number one Roman Burki absent, Marwin Hitz is expected to start between the sticks.

Interim boss Edin Terzic has injury issues at the back, with right sided duo Thomas Meunier and Lukasz Piszczek doubts, which should see Emre Can start at right-back once again, though Meunier has travelled.

Dan-Axel Zagadou is also ruled out for the Bundesliga outfit, as is central midfield duo Thomas Delaney and Axel Witsel, with the former remaining in Germany as he and his wife is expecting the birth of their first child.

Sevilla have been in stunning form in recent weeks, winning their last nine matches, and will be confident of extending that run on Wednesday night. The LaLiga side haven't failed to win a home game in 2021 and won't fear an out of sorts Borussia Dortmund in midweek.

The Bundesliga side have been underwhelming of late, winning just two of their last seven, one of which came against lower league opposition Paderborn in the DFB-Pokal. Edin Terzic has overseen three successive away league defeats, and that doesn't bode well for a daunting trip to Seville.

Given Sevilla's excellent performances in recent weeks, the home side should earn a huge first leg win, but given Borussia Dortmund's firepower, it wouldn't be a surprise to see them return to Germany with a lifeline.