Young Boys will be without a trio of Vincent Sierro, Christopher Martinez and Esteban Petignat because of injury.

Jean-Pierre Nsame is suspended after his red card in Young Boys' final group game, while Mohammed Ali Camara is still banned after throwing a punch at Roma's Henrikh Mkhitaryan in December.

Forced off at half-time at the weekend, there is a decent chance Bayer Leverkusen could be without first-choice goalkeeper Lukas Hradecky for their first leg. Niklas Lomb is on standby.

Lucas Alario, Patrik Schick, Nadiem Amiri, Sven Bender all shook off injury problems to feature in Leverkusen's 2-2 draw at home to Mainz at the weekend, though the latter came off the bench and committed an error leading to opposition goal.

Exequiel Palacios was also back in the matchday squad but didn't come off the bench. He recently made his first appearance in nearly three months so perhaps lacks match fitness to start here.

Young Boys are unbeaten in their last 10 matches and have won eight times in that run. They have conceded in six of their last seven at home.

Bayer Leverkusen started the season superbly but have really suffered since the turn of the year. They have only won three of 10 matches in 2021 and have lost five times in that sequence.

Leverkusen are the favourites over two legs but head to Switzerland having lost each of their last four away from home. Nevertheless, they should win an entertaining game on Thursday. 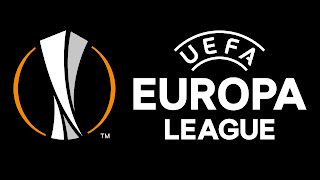