Become a Victim of Censorship, Here Are 8 Sadistic Fatality in Mortal Kombat Movies! 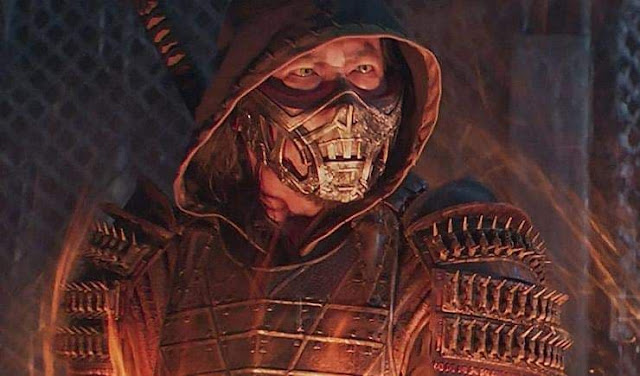 Become a Victim of Censorship, Here Are 8 Sadistic Fatality in Mortal Kombat Movies!

The film adaptation of the game Mortal Kombat (2021) is finally showing in Indonesian theaters starting April 14, 2021.

What makes this film even more attractive to Indonesian audiences is the presence of Joe Taslim who plays Bi-Han or Sub-Zero.

On the other hand, Mortal Kombat fans in Indonesia must feel disappointment because the Indonesian Film Censorship Institute (LSF) censored several Fatality scenes!

The Fatality scene is the most important element of the Mortal Kombat game which fans are looking forward to in the film.

However, for LSF, the scene was considered too sadistic to be shown in Indonesian cinemas.

So, what are the Fatality scenes featured in the Mortal Kombat film, both censored and clearly visible in the Indonesian cinema version? see below!

1. Kano Pulls Out a Reptile Heart

Arriving at Sonya's residence, Cole also finds another character named Kano. The intention, though, is to hide from Sub-Zero's pursuit.

However, Shang Tsung finds out where Cole and Kano are and he sends Reptile to finish off the two characters.

Cole, Sonya, and Kano then team up to defeat the Reptile who has the power to make himself invisible.

They finally managed to paralyze the Reptile, then Kano punched it through the Reptile's chest and pulled the monster's heart from its body.

Yep, this scene is the first Fatality to be shown in a Mortal Kombat movie. In the game, Kano's Fatality scene is known as Heart Rip.

Cole, Sonya, and Kano decide to go to the Raiden shrine after escaping a Reptile attack.

Not long after Kano got his arcana, he turned treacherous and joined the Outworld fighters.

As a result of Kano's betrayal, Shang Tsung and his troops were able to penetrate the Raiden temple.

In the midst of the fight between the Earthrealm and Outworld teams, Shang Tsung ordered Nitara to attack Kung Lao.

However, Kung Lao was able to move faster and managed to knock out Nitara. Kung Lao then directed Nitara's body towards his hat which spun like a saw.

This scene is arguably one of the most sadistic Fatality scenes in the Mortal Kombat film.

How not? Nitara's body was split in half with his Kung Lao hat! I was so sadistic, this scene became one of the victims of the LSF censorship, so you can't see the process of cleavage of Nitara's body in the Indonesian cinema version.

Disappointed that Cole didn't have the arcana, Raiden told him to go home to his family. Instead of getting a quiet life, Goro went to Cole's house.

In the midst of his efforts to protect his wife and child from Goro's attack, Cole finally got his arcana which made his body coated with a layer of metal that was so strong.

Apart from making armor for Cole, the arcana also allows Cole to take out a tonfa weapon from both of his hands.

With the tonfa, Cole cut off one of Goro's hands, tore his stomach, and thrust the tonfa into one of Goro's eyes! Before Goro fell, you can see the character's stomach contents come out of the torn wound made by Cole.

His heroic action Kung Lao led him to death. With his magic power, Shang Tsung pulled Kung Lao and choked the character.

When he succeeds in strangling Kung Lao, Shang Tsung then sucks up all of his Kung Lao soul. For those of you who don't know, Shang Tsung does have the power to eat souls for his strength and youth. Kung Lao's soul-suctioning scene is exactly the same as one of Shang Tsung's Brutality scenes in the game.

Once overwhelmed by Kabal at the Raiden temple, Liu Kang came back to face the character for the second time. Liu Kang, who mourned the death of Kung Lao, then poured out his anger on Kabal.

After successfully paralyzing Kabal who was moving so fast by trapping him in a mud puddle, Liu Kang released a dragon-shaped fire style that burned Kabal alive. This Fatality scene adapted one of Liu Kang's Fatality scenes in the game Mortal Kombat 11.

Jax was frustrated after his hands were crushed by Sub-Zero and replaced with prosthetic hands.

But when Jax tries to help Sonya who is crushed by rubble, he finally gets his arcana which actually makes his fake hand stronger.

With his new strength, Jax then dueled one of the Outworld fighters named Reiko.

When he managed to make Reiko kneel down, Jax punched Reiko in the face several times, then ended by crushing Reiko's head.

Like Kung Lao's Fatality, Jax's Fatality scene also fell victim to censorship by the LSF. This scene is also taken directly from one of Jax's Brutality scenes in the game.

7. Sonya Shoots Mileena in the Stomach

Among all the characters who visit the Raiden temple, Sonya is the only character who is not one of the Earthrealm fighters.

You see, only Sonya doesn't have a dragon mark on her body. But after Sonya managed to kill Kano, he finally got the mark of the dragon and officially became one of the Earthrealm fighters.

Amazingly, Sonya immediately got his arcana when he got his dragon emblem. Sonya is actually told that he doesn't have any supernatural abilities in the game. Since Sonya got the arcana in the film, this character actually has a new ability, which is able to shoot energy beams from his hands.

After getting the arcana, Sonya then helps Cole who is having a hard time facing Mileena. Sonya immediately fired a beam of energy at Mileena, causing Mileena to die instantly in a hollow stomach.

After being defeated by Bi-Han in the past, Hanzo Hasashi's soul was carried away to the Netherrealm or Hell.

The kunai that Hanzo used against Bi-Han was then given to Cole who was a descendant of Hanzo. When dealing with Sub-Zero in the final battle, Cole finally uses the kunai and allows Hanzo to come back from Hell again.

Upon arrival in Earthrealm, Hanzo said that he learned to control the fire of hell as long as his soul is trapped in the same.

With his new abilities, Hanzo said that he was using a new identity, namely Scorpion. Teamed up with Cole, Scorpion then takes revenge on Sub-Zero.

After Sub-Zero was successfully incapacitated, Scorpion took off his mask and spat out hellfire from his mouth.

The flames were used to burn Sub-Zero to charred death. This Fatality scene is exactly like one of Scorpion's signature Fatality scenes, namely Fire Breath.