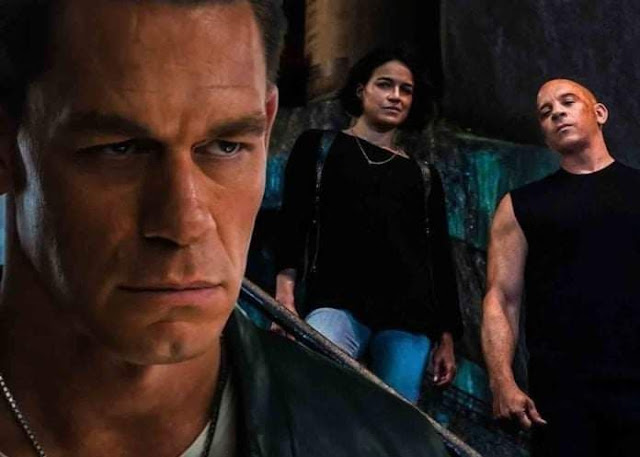 For two decades, the main character of the Fast & Furious franchise, Dominic Toretto, has faced many strong enemies such as Luke Hobbs, played by Dwayne Johnson, Deckard Shaw, played by Jason Statham, to a female villain named Cipher, played by Charlize Theron.

Later in Fast & Furious 9, Dom will fight Jakob, his brother who has a big grudge against him. Jakob will be played by John Cena, and he recently told Collider it was an honor to play the biggest enemy Dom would face.

The film F9: The Fast Saga will introduce Cena as the character Jakob Toretto, the brother of Dom, played by Vin Diesel and Mia, played by Jordana Brewster. Jakob is involved in the story as the evil agent Cipher, the international cyber terrorist in the film The Fate of the Furious.

The trailer shows a big fight between Dom and Jakob from previous years, which explains why Jakob's character never appeared before in the Fast & Furious franchise.

The question of how Jakob can get back into the Fast & Furious story is the biggest question surrounding the film.

Cena's claim to be Dom's "biggest enemy" may sound bold, as the franchise has featured many powerful enemies that have bothered Dom's crew over the years.

However, Cena's statement arguably makes sense considering that there is a history between her character and Dom. Jakob is certainly a big threat because he knows his brother better than Dom's previous enemies.

Previous Fast and Furious villains have rarely told their origins, so it would be exciting to see F9 introduce villains who have ties to the main cast of the film.

Of course, in order for the F9 film to be more exciting, Jakob's character must be successfully told.

Dom lives by upholding a family-centered moral, it is not easy for him to cross with his own brother, no matter what has happened between them.

This new film will show a flashback to Dom's childhood, played by Vin Diesel's own son, with the aim of building Jakob's story and character and explaining his relationship with Dom and Mia.

Like whatever the story is, especially fans who have followed the previous Fast & Furious franchise, F9 is very worthy for us to see when it is released on May 29.