Superman vs Darkseid, Who is the Strongest in the Justice League? 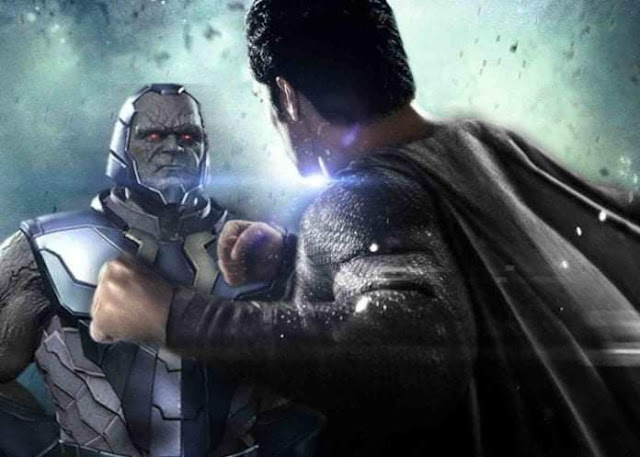 Superman vs Darkseid, Who is the Strongest in the Justice League?

In the Justice League film Snyder Cut, both Darkseid and Superman are shown as very strong characters. But who is the strongest of the two? Even though the two of them didn't appear for too long, their appearance still attracted attention.

It was clear that these two were figures who could shake the world, but one of them was certainly stronger.

Superman appears a little more than Darkseid in Justice League Snyder Cut, so it's only natural that people know more about Superman's strength.

Meanwhile, Darkseid appeared shorter. But Darkseid has shown his abilities at the beginning of the film when a flashback scene occurs. Even though in the end he had to experience a painful defeat from the warriors on Earth.

Unlike Darkseid, Superman even looks impressive by successfully defeating other superheroes. In a scene that takes place in Metropolis, Zack Snyder makes Superman's power clear.

Superman appears to have matched the speed of Flash, stronger than Aquaman, more indestructible than Cyborg, and can easily withstand the lasso of truth. Superman might as well kill Batman if Lois Lane doesn't come and stop him.

All this evidence suggests that no one at the DCEU can beat Superman, but that's not the case.

Kryptonite is still a serious threat to Superman. The green object proved to be Superman's biggest weakness in the Batman v Superman: Dawn of Justice film. That's where in the end some people chose Darkseid as the strongest.

Well geeks, Darkseid himself has lived for thousands of years and conquered 100,000 worlds.

He also has men who are known to be very strong. Lastly, Darkseid doesn't have a weakness like Superman.

Even though Superman was strong, Darkseid was much stronger. That is why Darkseid is ready to become the main villain in Snyderverse.

Evidence that Darkseid is stronger than Superman may not be shown too much in the Justice League film Snyder Cut, but because in that film Steppenwolf is the one who is appointed as the main antagonist.

There is still enough evidence to claim that Darkseid would beat Superman if the two met in battle.

This was proven when Steppenwolf begged Darkseid for forgiveness. Even though we know that Steppenwolf is very strong and he is hard to beat by members of the Justice League.

Luckily at that time, Superman came and succeeded in cornering Steppenwolf and being defeated.

If the very strong Steppenwolf begged Darkseid's forgiveness, then we could conclude that Darkseid was many times stronger than Steppenwolf.

Steppenwolf himself only lived as Darkseid's servant. Evidence of Darkseid's strength is also shown when Cyborg sees the future which shows when Darkseid gains the Anti-Life Equation. Superman was kneeling at Darkseid, just as Steppenwolf had done to Darkseid.

Darkseid is an immortal god, a New God, a Mother Box user, and a conqueror from thousands of worlds. Even though Ares managed to injure Darkseid when Darkseid first invaded the earth, Darkseid managed to kill Yalan Gur's version of Green Lantern with great ease. What should be noted is that the Darkseid who first invaded Earth was the younger version of Darkseid and he still uses the name Uxas (the name he used before becoming Darkseid).

After his first defeat, Darkseid of course trained himself to become strong in order to conquer the world.

When he becomes strong, Darkseid will certainly find it easier to get followers who are also very strong, such as Steppenwolf and Desaad.

So in essence, even though Superman is very strong on Earth, Superman is still inferior to Darksied because he is a threat to the entire galaxy.

If Snyder's vision for the DCEU really materializes, it may take more superheroes to defeat Darkseid. 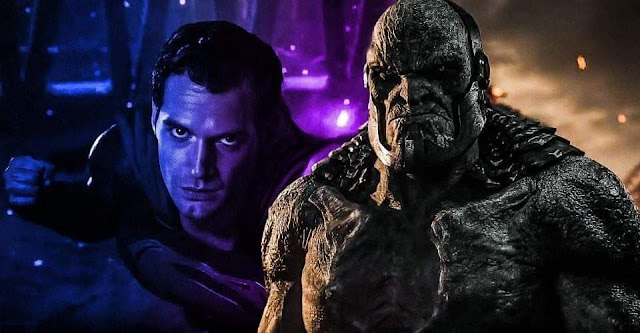