The Complete History of the Sub-Zero vs Scorpion Conflict

The Complete History of the Sub-Zero vs Scorpion Conflict! 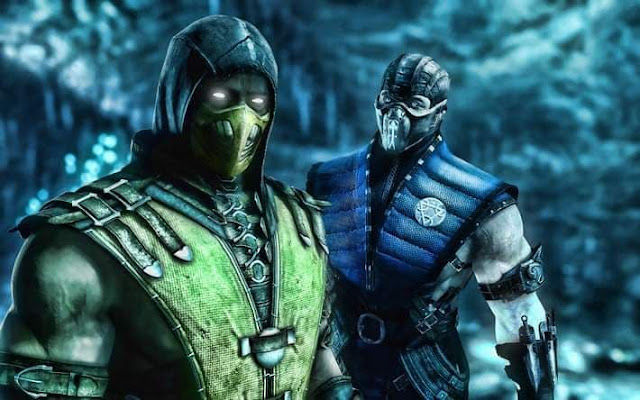 Both Mortal Kombat veteran fans and just viewers of the film, which airs this April, must be aware of the competition between the tw

o ninjas who are trying to kill each other, namely Sub-Zero and Scorpion. Their battles seem endless in all Mortal Kombat literacy, from novels to games and movies.

Until anyone who hears the word 'rival', one that comes to mind must be these two characters.

Although almost everyone knows their rivalry, only a few people dare to dig deeper into the story and the reason they always try to kill each other when they meet.

Likewise with filmmakers, it is not easy for them to adapt the history of the two ninja battles with just a Mortal Kombat film, more than just two ninjas fighting, actually the rivalry of Sub-Zero and Scorpion is much deeper and darker. Here is the best story of their eternal rivalry.

Rival From the Beginning,

According to the story, Mortal Kombat co-creator John Tobias was inspired when he read a book called China's Ninja Connection, before the first Mortal Kombat game was released.

The book tells the story of a ninja clan of thieves and assassins from China who are inspired by real ninja from Japan.

Fascinated by the story and the main ninja characters in the book, Tobias sketches a ninja fighter who eventually becomes the character Sub-Zero.

As Tobias noted years later, he was passionate about the culture and history that fiction depicts.

From there, he decided to add a second fighter ninja character to the game, this time the character came from Japan and was given the name Scorpion.

The rivalry of these two fighting ninja was supported because at that time the Mortal Kombat team decided to use the same ninja design with two different colors.

Sub-Zero in blue and Scorpion in orange, the opposite color. From there, Mortal Kombat fans believe that the fact these two characters look alike and only differ in color, proves that they are true rivals. 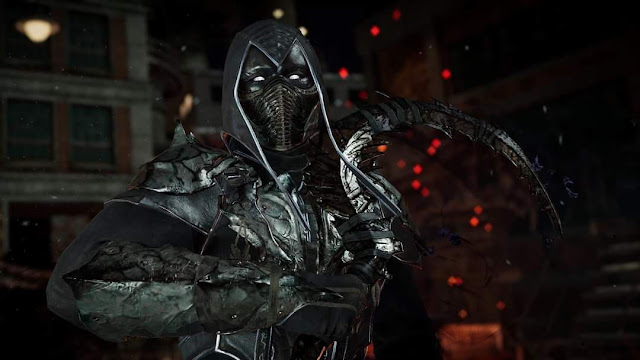 The Cause of the Rivalry of Sub-Zero and Scorpion

The original story of Sub-Zero and Scorpion in the MK universe, they were members of opposing ninja clans.

Sub-Zero has the real name Bi-Han and is part of the Lin Kuei clan, while Scorpion has the real name Hanzo Hasashi who vows to be loyal to the Shirai Ryu clan. Even before they met, the two clans were already in competition with each other.

Their rivalry began when the magician Quan Chi ordered the two clans to search for ancient artifacts to resurrect their master, Shinnok.

The two clans sent their respective representatives, namely Sub Zero and Scorpion. When they carry out their duties, instead of helping each other in finding artifacts, they compete with each other to prove who is the greatest and find the artifacts first.

It is certain that Sub-Zero can win his first fight against Scorpion, because from the start Sub-Zero already has the ability to manipulate ice, while Scorpion is only a fighter ninja who is good at using weapons.

In his first fight, Sub-Zero feels he can kill Scorpion head-on, but Scorpion proves that he can survive and not die.

As the price to pay for Scorpion's failure, Quan Chi wiped out all of the Shirai Ryu clan, including Scorpion and his family.

This led Sub-Zero to claim he and his clan were the greatest, but did his encounter with Scorpion just end there?

In order to find allies, Quan Chi went to the Netherrealm to search for Hanzo Hasashi's spirit and offered him to be resurrected, in exchange for him to become Quan Chi's loyal subordinate.

To convince Scorpion, Quan Chi discusses Sub-Zero who defeated him and killed his family, causing Scorpion to accept Quan Chi's offer because he wanted to take revenge on Sub-Zero.

Scorpion finally gets back up and gets the power of fire to defeat his rival who can manipulate ice.

At the Mortal Kombat tournament, Sub-Zero, who represents his clan, meets his nemesis, Scorpion.

In this battle, Scorpion defeated and killed Sub-Zero. As if they were destined to be eternal enemies, death did not stop their rivalry.

The birth of Noob Saibot

When Bi-Han died and went to the afterlife of the Netherrealm, he was attracted to dominate the underworld and succeeded in making him one of the most feared creatures in the underworld.

Once again, Quan Chi, he resurrected Bi-Han as a soulless warrior named Noob Saibot, a ninja who rules over darkness. When resurrected, Noob Saibot doesn't remember that he is Sub-Zero, all he has in mind is to be the greatest fighter in the MK tournament.

Even when he met the Scorpion he only considered him an enemy like the others.

The character Noob Saibot was created from the whims of one of the MK creators, Ed Boon.

He intends to add a secret character to MK2, even Tobias only found out about it during the MK3 process.

Interestingly, the name Noob Saibot was obtained from reversing the names of MK creators, Boon and Tobias. 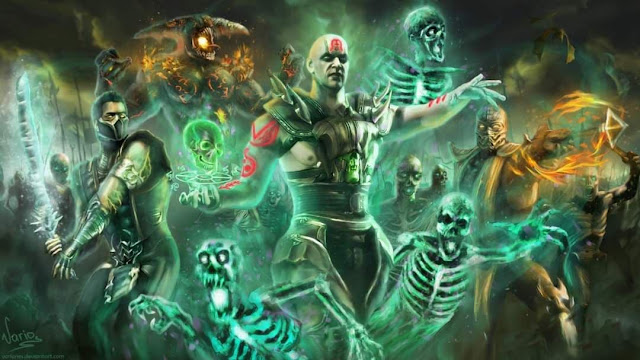 When Scorpion first manages to kill Sub-Zero in the MK tournament, Bi-Han's brother Kuai Liang takes on the role of Sub-Zero and intends to find his brother's killer.

In the MK2 battle, Scorpion and Sub-Zero Kuai Liang were brought together. Scorpion wonders who this Sub-Zero is, because as far as he knows the real Sub-Zero he has killed.

They fought and realized something, Sub Zero realized that Scorpion was the killer of his brother, and Scorpion realized that the Sub-Zero he was facing now was not Sub-Zero who had killed his family first.

Long story short, they met and fought several times, even trying to kill each other.

Until finally in the final battle when Scorpion manages to defeat and want to kill Sub-Zero Kuai Liang, the one and only, the Quan Chi magician, like the villains at the end of the film, admits and shows the fact that he is the mastermind behind Scorpion and Sub-Zero's eternal rivalry.

They realize that, especially Scorpion, realize that their rivalry with Bi-Han is due to lies and interference from others.

Scorpion and Kuai Liang eventually formed allies, with the same goal of defeating and killing Quan Chi, and they even pursued him to the Netherrealm.

In the following Mortal Kombat games, it is rare for these two rivals to fight. More often than not they would end up as a team, especially in hunting down and fighting against Quan Chi. Until finally in Mortal Kombat X, after years of hunting, Scorpion, assisted by Kuai Liang, managed to get revenge on Quan Chi.

What about Noob Saibot? Will Kuai Liang kill Scorpion as his brother's only remaining killer after Quan Chi loses? After all of his enemies have died, now what is the purpose of the Scorpion since being resurrected? Despite the many questions, many fans expect their rivalry to remain eternal, even for the Mortal Kombat film.

Both in movies and games, we look forward to the excitement of the continued story of their rivalry in the future.