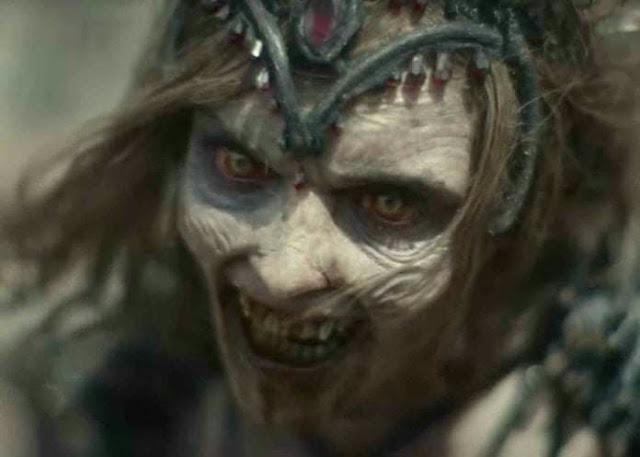 The trailer for the film Army of the Dead has been released. The trailer focuses more on Alpha type zombies, where they are very smart and scary.

Zombie Alpha seems to be hunting down mercenaries led by Scott Ward. The zombies in this film are told differently.

It is said that the zombies are very organized, and Alpha zombies are their leader. Of course, this is the difference between zombies in the Army of the Dead film and other zombie films.

It should be noted, Alpha zombies in the Army of the Dead are quite a lot. Zombie Alpha seems to have its own community and each of them can communicate with each other.

Even in Alpha type zombies, there is a hierarchy between them.

In the trailer, there is one Alpha who looks like a queen, and she seems to be the supreme leader giving orders to the other zombies.

He is seen carrying a stick and pointing the stick in the air.

Previously, Zack Snyder as the film director had mentioned that there is an "Alpha elite" among Alpha zombies. It could be that the Alpha zombie who looks like the queen is Alpha elite.

Army of the Dead certainly brings something new by presenting smart zombies. These zombies are certainly a serious threat to mankind. Let's just wait, geeks, how do Scott Ward and his troops fight the zombies.

Scott Ward's way of defeating the zombies will certainly be revealed in the coming days. If there are no obstacles, the film Army of the Dead will be released on the Netflix streaming service on May 14.

Of course, this film is highly anticipated for those who like zombie-themed films. The reason is that it has been a long time since quality zombie films have been around. Army of the Dead will certainly present a new color in the zombie genre film.